Troy, New York, USA (February 19, 2020) BTN — The Hells Angels Motorcycle Club will benefit from the city’s removal of urban eyesores, as bidding has opened to knock down the derelict building on the north side of the motorcycle clubhouse property in the gritty North Central neighborhood. 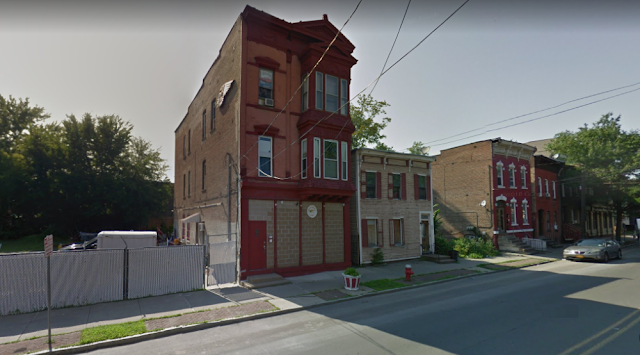 The two-story wood-frame residential property at 3151 Sixth Ave. is one of eight properties in the North Central and Lansingburgh neighborhoods the city wants to raze as its wipes out buildings that are heavily damaged by fire, are deteriorating or are otherwise so unsafe that city firefighters are ordered not to enter.

The Hells Angels clubhouse at 3145 Sixth Ave. is usually a quiet place with much of its 0.27-acre parcel locked behind a fence. The three-story brick clubhouse building at the north side of the property is adjacent to the building the city wants to raze. 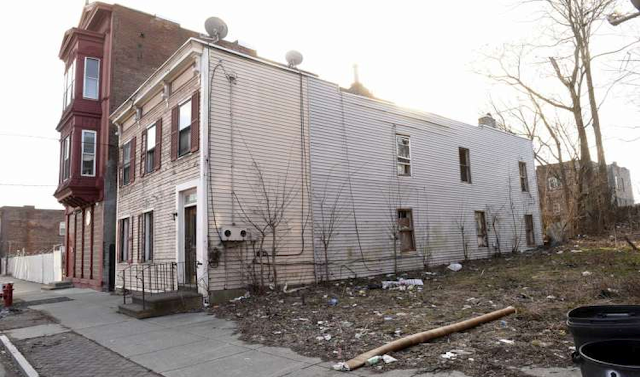 This is one of eight buildings the city of Troy is advertising to demolish.
(Lori Van Buren/Times Union)

The city has been budgeting funds to knock down buildings to erase blight and open up parcels for redevelopment. Sometimes the properties are sold to nonprofits that aim to build on the lots.

The Troy Fire Department last year sent a list of properties it recommended be removed over safety concerns to Mayor Patrick Madden’s administration. In some cases fire damage is extensive the buildings can’t be repaired. “They just have to be taken down,” Fire Chief Eric McMahon said.