Police plan to release more details today about the operation, which they said targets "drug trafficking with a connection to organized crime." 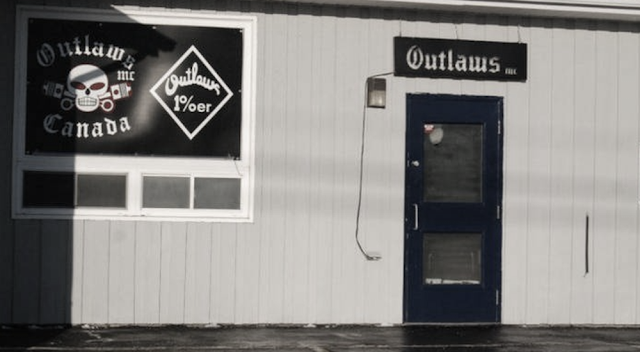 According to an RCMP spokesperson, multiple people were arrested and charged, including some who were arrested at the Outlaws Motorcycle Club clubhouse in Grand Falls-Windsor on Saturday.

The RCMP have called the Outlaws Motorcycle Club a "one-percenter" organization, and allege it has links to crime. In 2018, police said the Outlaws were looking to expand their presence in Newfoundland.

The Outlaws clubhouse in Grand Falls-Windsor displays a flag with a diamond logo containing the words "Outlaws 1%er."

According to the RCMP's website, "The common term '1% Club' distinguishes outlaw motorcycle riders from the majority of motorcycle enthusiasts who are law-abiding citizens. It's worn as a symbol by outlaw bikers and often seen as a pin, patch or tattoo."


The Outlaws clubhouse is located in a complex across from a gas station, and next to Central Health's community health building.

Three of the men arrested Saturday are facing charges of trafficking cocaine.

Jimmy Lee Newman, 36, Anthony Chow, 33, and Michael Hayes, 23, appeared in provincial court in Grand Falls-Windsor on Monday, and are all scheduled to return to court in April.

They have yet to enter a plea on the charges.

Chow has a criminal record that includes breaking and entering. The last conviction on record was for an offence in 2007.