Quebec, Canada (September 8, 2020) - A founding charter member of the Hells Angels Motorcycle Club in Quebec has been denied parole on a drug-trafficking sentence — in part because he remains loyal to the motorcycle club.

Michel (Sky) Langlois, 74, also told the Parole Board of Canada he is not interested in being transferred to a halfway house because he fears contracting the coronavirus. He was denied both full parole and day parole. During a hearing held last week, Langlois’s case management team recommended day parole was acceptable in his case but full parole would be “premature.” 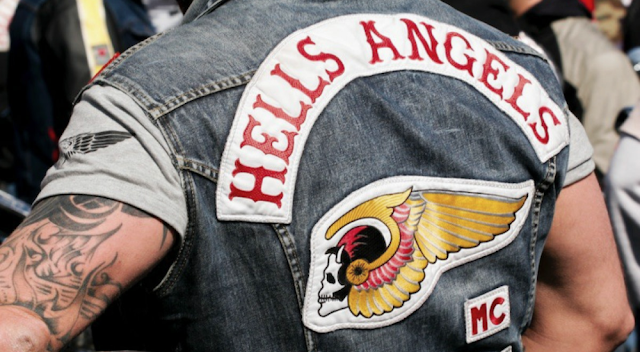 Langlois was arrested in April 2018 in Project Objection, a probe led by the Escouade nationale de répression contre le crime organisé (ENRCO). The investigation alleged a few Hells Angels based in Quebec, including Langlois, controlled drug networks in specific locations across the province.

An undercover agent met with Langlois and another Hells Angel on Aug. 9, 2017 at restaurant on Drummond St. in downtown Montreal to discuss the distribution of drugs in the Outaouais region. The agent learned Langlois claimed to have title over drug trafficking in Petite Nation, a regional county municipality, and was partners in the distribution of nearly 300,000 meth pills and several kilos of hashish.

On Oct. 3, 2018, Langlois pleaded guilty at the Montreal courthouse to charges of drug trafficking, conspiracy and gangsterism charges. His sentence left him with a prison term of just under 33 months. At the time, Langlois agreed with a summary of facts that were read into the court record. But he told a different story to the parole board last week — that he was merely helping a friend by selling meth and never saw the drugs being sold.

A written summary of the board’s decision indicates Langlois worked on a farm as a teenager before he left for Montreal. In 1963, he began to hang around with the Popeyes, another of Quebec’s motorcycle club at the time.

In 1977, Langlois and several members of the Popeyes were recruited into the Hells Angels and formed the clubs’s first chapter in Canada, based in Montreal. In 1997, he became a founding member of the club’s South chapter, based on the South Shore.

Langlois does not deny he is a Hells Angel but, he told the board he “never committed an offence at their incitation,” according to the summary.

“You do not consider the Hells Angels to be a criminal organization and you adhere to this group solely out of a love for motorcycles and that the group does not recommend to its members that they commit crimes,” it says.

The parole board noted Langlois has been a model inmate who worked in the penitentiary’s library before it was forced to close because of the pandemic. But the board could not overlook the fact Langlois continues to meet with organized crime figures while behind bars.

Langlois will become eligible for a statutory release sometime next year.