Providence, Rhode Island, USA (January 11, 2020) BTN — Providence and state police are monitoring what is expected to be a large gathering of bikers at the Messer Street headquarters of the Hells Angels on Saturday.

The party, advertised on social media, is billed as a way to raise money for the defense fund of Joseph Lancia, who was arrested after he allegedly fired a gun at a passing truck on June 12. 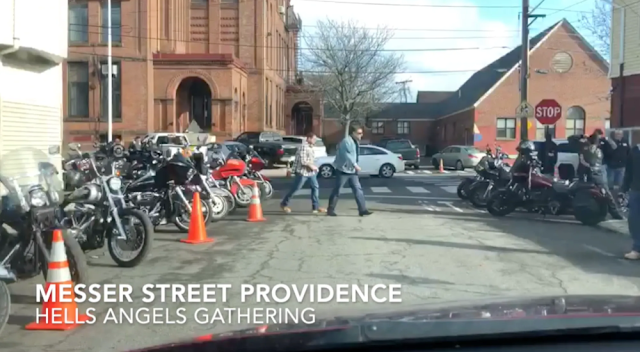 Lancia has been identified by law enforcement as the president of the Rhode Island chapter of the Hells Angels.

He has pleaded not guilty to charges of assault with the intent to commit murder, assault with a dangerous weapon, discharging a firearm while committing a crime of violence, and carrying a pistol without a permit.

Promoted as the “Keep Joe Free Support Party,” the flier asked for a $20 donation for “music, food, raffles, auctions.” 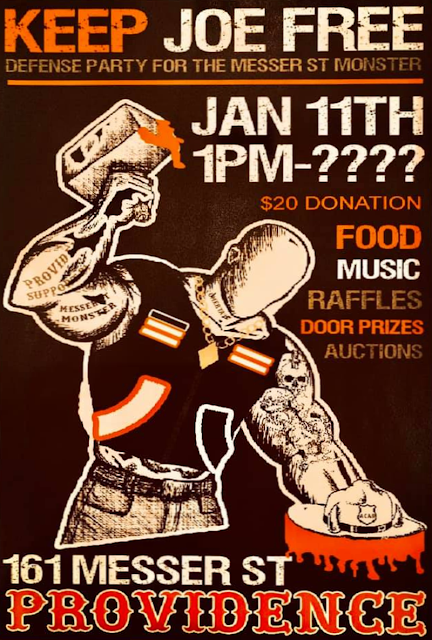 Law enforcement sources say they are aware of the party and will be monitoring it throughout the day and evening. The Hells Angels have been embroiled in an ongoing feud with rival club The Outlaws, which has a clubhouse in Woonsocket.

Target 12 rolled by the Hells Angels headquarters Saturday around 2:00 p.m. and witnessed a large gathering of bikers. Sources say the party is expected to draw members and affiliate clubs from out of state.


Police say Lancia shot at the truck because it was being driven by a former pledge for the club with whom he was having an ongoing disagreement.

The incident led to a remarkable raid of the clubhouse by the state police, which used a special vehicle to ram through the fortified front door to gain entry.

Two other people were charged in the incident: Lance R. Imor, 54, of West Warwick, was charged with possession of a schedule II controlled substance (methamphetamine), compounding and concealing a felony, and misprision (concealment) of a felony. State Police Major Timothy Sanzi said Imor is a full-patch member of the Hells Angels.