Four suspected members of the Outlaws Motorcycle Club and a suspected associate were taken into custody from the Motel 6 on Westgate Drive in Brockton, according to State Police. They were all from out of state and in the city to attend the funeral of a local member. 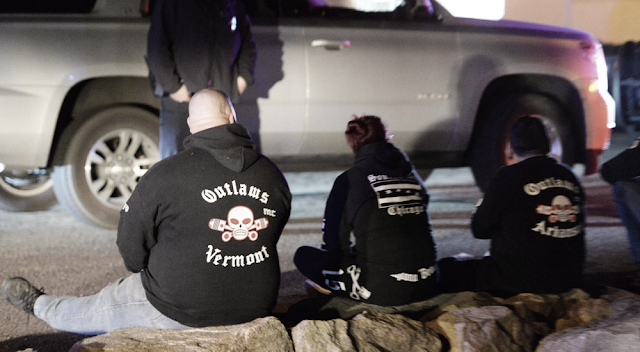 The investigation began when members from the State Police Gang Unit saw man suspected to be a member of the motorcycle club in Tennessee at the Motel 6. The man, identified as Matthew Miles, 41, of McMinniville, said he was carrying a pistol.

Troopers found that he didn’t have an active license to carry a firearm in Massachusetts or Tennessee, according to State Police. He was arrested and his gun was seized. A small amount of suspected crystal methamphetamine, ammunition, and brass knuckles were found in his car. 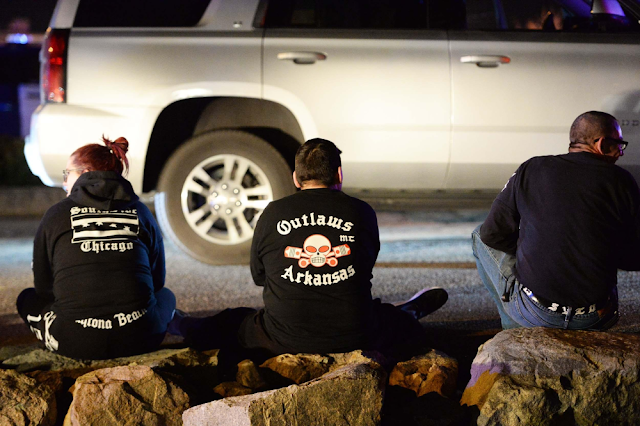 State Police learned that another Tennessee Outlaws club member, Pedro Tapia, 51, of Murfreesboro, was at the motel in a room with another gun that belonged to Miles.

Troopers and Brockton Police officers found a 45 caliber handgun on the nightstand, according to State Police. They determined that Tapia had a license to carry a gun in Tennessee but not Massachusetts. He was charged with improper storage of a firearm.

Other members of the gang unit and the Community Action Team helped with investigation. They saw a man identified as Matthew Ballingham, 43, of Waterbury, Connecticut who came to the motel and found that he was carrying a loaded gun with a high-capacity magazine, according to State Police.

Ballingham didn’t have a license to carry in Connecticut or Massachusetts, so he was arrested and charged with unlawfully carrying a firearm, unlawful possession of ammunition, and possessing a large capacity magazine. 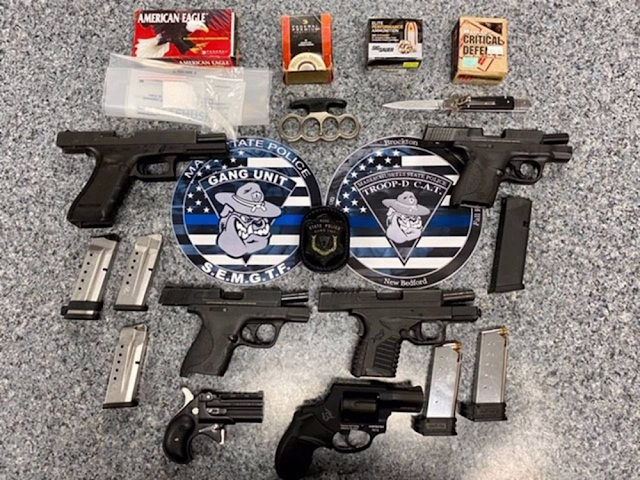 In the evening, troopers from the Community Action Team stopped two cars near the motel that were occupied by suspected Outlaws members, State Police said. A total of three guns were found in the cars.

During a search warrant of the motel room, State Police found a box of 45 caliber rounds and about four grams of crystal methamphetamine. They also seized the handgun previously seen in the room.

By Saturday, all five posted bail and are expected to appear in Brockton District Court next week.