New York City, New York, USA (January 12, 2020) BTN — Detectives are running down leads in an attack that saw gunmen on motorcycles open fire on the Hells Angels Bronx clubhouse earlier this month, a shooting they hope to solve before the violence escalates, authorities said.

A police official told Bronx Justice News investigators are examining all possibilities in the case, including whether a rival motorcycle club shot up the Angels’ new Throggs Neck digs on Jan. 2. 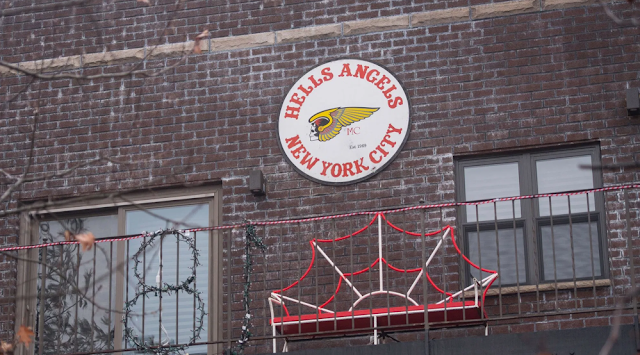 The motorcycle club recently relocated its headquarters from Manhattan to the Bronx.

Now, investigators are concerned the Hells Angels will strike back before the culprits responsible for the clubhouse shooting are arrested.

The property was fired upon by multiple shooters on motorcycles, who rode away and have not been caught, authorities said.

More than a dozen bullet casings were found outside the property, a former American Legion post, following the 10:35 p.m. attack, according to police.

The property sustained damage but no injuries were reported, authorities said.