Loners MC clubhouse have some concerned

Cornwall, Ontario (January 26, 2019) BTN – There may be at least one motorcycle club that has quietly set up a clubhouse in Cornwall, in the heart of Le Village.

According to the building’s owner Wolfe Vracar, the Loners Motorcycle Club moved into its current location in the basement of a building on Montreal Road just over a year ago, in December of 2017. 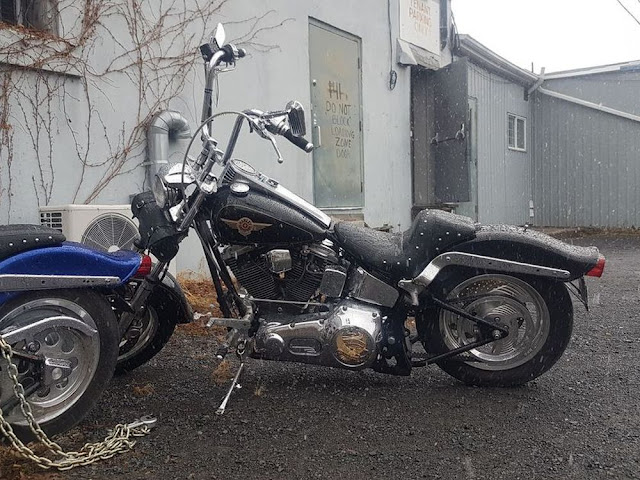 A few motorcycles parked outside the door believed to be leased by the Loners MC in Cornwall, Ont.


Originally founded in Ontario decades ago, the Loners is a one-percenter club and advertises the fact by including a “1%” symbol alongside its main patch. Other clubs that claim to be one percenters include the Hells Angles, Satan’s Choice, the Lobos among many others.

“The term one percenter derives from the belief that the remaining 99 per cent (of motorcycle riders) are law-abiding citizens,” explained Cornwall Community Police Service Staff Sgt. Rob Archambault, of the criminal investigation division.

A local news source began investigating the possibility of a Loners MC clubhouse in Cornwall after being told by another tenant in the building who has since moved out. That tenant said the Loners’ presence downstairs was the reason for the departure.

The new source also spoke to some of the residential tenants of the building, who said they didn’t know much about the motorcycle club in the basement other than the fact they could be very noisy.

Vracar acknowledged he had rented the basement to the Loners MC.

When asked why he was comfortable having a one-percenter club as a tenant, Vracar said he tries not to prejudge people, and noted they have been good tenants for the past year. He refuted the concerns of his former tenant, saying he believed that tenant left for business reasons.

“I could put them out any time that I want, but they have been very respectful and there haven’t been any issues of any kind. I don’t paint anybody black until they do it themselves,” said Vracar. 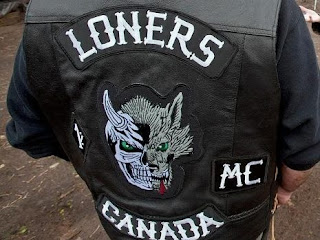 On Wednesday, someone answered the door to the basement unit said to be leased by the Loners. He confirmed he was a club member, but said he did not know where the person who signed the lease was or when that person would return to the clubhouse.

He was also asked to pass along an interview request. Word of Vracar’s tenants came up as CCPS was increasing its enforcement efforts and officer training to deal with motorcycle clubs as part of a new initiative that has been dubbed “Project One Percent.”

In late November, the CCPS received a nearly $100,000 from the provincial government’s Civil Remedies Grant Program to help fund Project One Percent in Cornwall. The official description of the initiative’s goal was to “help to decrease outlaw motorcycle gang activity.”

“We are using this money for a variety of different things within the service and within the community,” said Archambault. “We are going to provide training to our officers in recognizing different criminal elements, we will also be reaching out to our community and business partners in the community to provide them with the ability to observe, notice and report criminal activity. ”

When asked outright if the CCPS was aware of any one per cent motorcycle club in Cornwall, including the Loners’ possible presence on Montreal Road, Archambault would not comment on any specifics, but said CCPS is aware of the presence of biker gangs in the city.

“We are aware of many possible locations where motorcycle gangs might be frequenting, but we are not at liberty to say what the locations are that we suspect,” he said, explaining that to share any detailed information or confirm knowledge of a specific club could jeopardize any investigations that might currently be underway.

Archambault said motorcycle clubs can be involved in the same illicit activities that other organized crime groups are. This includes smuggling everything from drugs to humans, which is a prominent issue in Cornwall.

“In Cornwall, we suspect the main source of their criminal activity is likely drug trafficking,” he said.

The CCPS’ street crime unit has the issue well in-hand, said Archambault, and there’s no reason for the public to be worried. But the police are encouraging anyone who does see something suspicious or concerning to call and tell them about it.