Javier Gonzalez, a reputed member of the Kinfolk Motorcycle Club, is on trial in 34th District Court on organized crime and murder charges.

Gonzalez is accused of opening fire during a biker fight inside Mulligan's Chopped Hog bar on George Dieter Drive on July 30, 2017. 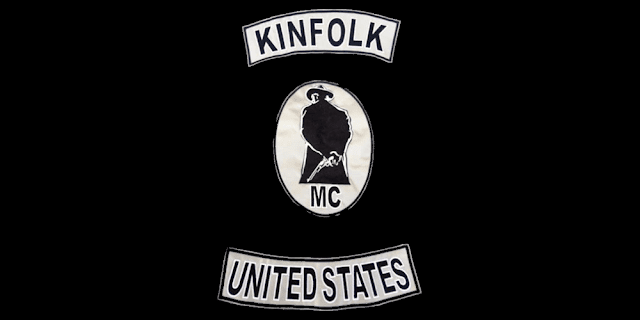 Juan Martinez Jr., the 61-year-old president of an El Paso chapter of the Bandidos Motorcycle Club, was shot and later died at a hospital. Three other men were also shot.

Martinez, nicknamed "Compa," had been described by friends as a kindhearted businessman. He was owner of J. Martinez and Associates, an accredited disability representative firm that helps clients get Social Security benefits.

Jurors saw a video of a deadly 2017 El Paso biker bar brawl Tuesday, the first day of a murder trial in a shooting that killed a local chapter president of the Bandidos. The shooting was part of a club rivalry between the long-established Bandidos Motorcycle Club and the newer Kinfolk Motorcycle Club, according to court testimony.

Javier Gonzalez, a reputed member of the Kinfolk, faces organized crime and murder charges in trial that is being conducted under increased security at the El Paso County Courthouse. Bags were scanned and spectators had to pass a second set of metal detectors before entering the 34th District courtroom of Judge William E. Moody.


Gonzalez is accused of opening fire during a fight inside Mulligan's Chopped Hog bar on George Dieter Drive on the night of July 30, 2017. Juan Martinez Jr., the 61-year-old president of an El Paso chapter of the Bandidos Motorcycle Club, was shot several times and later died at a hospital.

"This case isn't about the Kinfolk versus the Bandidos. It's really about the law against violence and murder," state prosecutor Rebecca Tarango said in court. Gonzalez's lawyers, Dolph Quijano Jr. and Omar Carmona, suggested that Gonzalez fired in defense of Kinfolk members being beaten during a fight.

El Paso police gang investigator Francisco "Frank" Balderrama testified that the confrontation was filmed by several security cameras at Mulligan's Chopped Hog, a known Bandidos hangout. Prior to the shooting, photos presented in court showed that Gonzalez, Manuel "Manny" Gallegos, Derek Mercado and other Kinfolk members were nearby at Jack's Beach House bar on Montwood Drive.

The Bandidos were at Mulligan's Chopped Hog after a motorcycle run when Gallegos and Mercado showed up. Gallegos was a former Bandido. Mercado was filmed making a phone call outside, which investigators later traced to Gonzalez, Balderrama said. The video showed Gallegos and Mercado order a beer and soon being confronted by seven to eight Bandidos. Gallegos allegedly punched Martinez, and "then it was on," Tarango said.

The video showed a melee, with bikers fighting between bar tables, punches flying, a biker picking up a bar stool and Kinfolk motorcycles arriving outside. Other Kinfolk then enter the bar, including a Kinfolk biker wearing a helmet who opens fire with a gun. Several men fall to the floor and a man is dragged out of the bar. 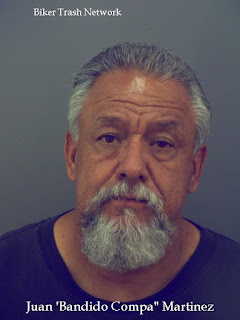 "There are eight people beating the crap out of two Kinfolk," Quijano said during cross-examination of Balderrama, mentioning that the Bandidos' violent reputation is an issue in the trial.

They also found the helmet, which allegedly had DNA evidence linked to Gonzalez, and a gun found in the backyard of a home day care, Tarango said.

Gonzalez was arrested three days later at his parent's home by the Gang Unit and SWAT team, with help from other law enforcement agencies, police said.

Gallegos was charged with engaging in organized criminal activity-assault for his alleged role in the bar fight, police previously have said.

Kinfolk MC
There are three major motorcycle clubs in El Paso — the Bandidos, which have been in the city for more than 50 years; the Kinfolk, which began in 2016; and the Mongols, a recent arrival, Balderrama said. The Kinfolk MC was established by former Bandidos unhappy with the leadership of their former club, Balderrama said.

The Kinfolk have at least 15 members in El Paso and use the colors black and gray, and its emblem is a cowboy holding a gun behind his back, Balderrama said. The Bandidos, with their Mexican bandit logo, have been around since the 1960s and are one of the world's most infamous motorcycle clubs, with chapters around the globe.

The Kinfolk and Bandidos are considered "1 percenter" clubs — what law enforcement term outlaw motorcycle gangs. "They only believe in the laws they want to obey," Balderrama said.