Willoughby, Ohio (January 7, 2019) BTN — A judge is expected to sentence a fired Euclid police officer Thursday after he pleaded guilty to pulling a gun on suspected member of the Hells Angels motorcycle club during a bar brawl. Todd Gauntner, a 32-year-old who was fired after the Aug. 24 fight, pleaded guilty Nov. 29 in Willoughby Municipal Court to using weapons while intoxicated, a first-degree misdemeanor. 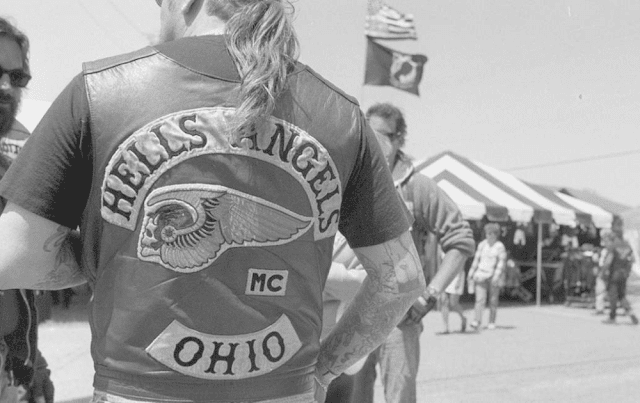 He could be sentenced anywhere from a fine to 180 days in jail. Willoughby Municipal Court Judge Marisa Cornachio ordered that Gauntner is not allowed to own a gun and set his sentencing hearing for Thursday. Gauntner started an argument with two suspected members of the motorcycle club — Dustin Wolf, 28, and Brandley Peterson, 40— at Frank and Tony’s Place bar on 2nd Street in Willoughby, according to police reports. Gauntner pulled out a gun and put it to one of the men’s head, according to police.

A witness told police the trio fought behind the bar and broke several bottles, according to police. Bar employees tried to break up the fight before police arrived. Euclid Mayor Kirsten Holzheimer Gail fired Gauntner on Sept. 17. 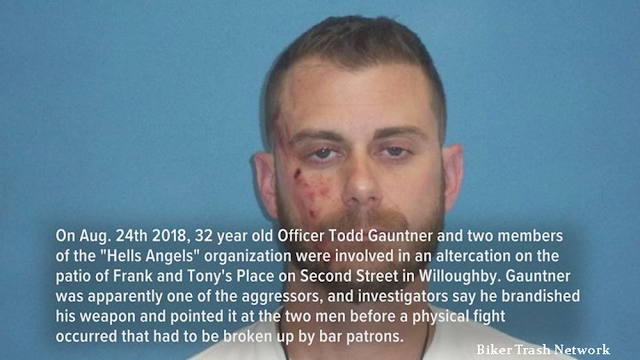 Gail wrote in a letter sent to Gauntner notifying him of his firing that that he had the choice to “remove himself from the situation but failed to do so.” “You put yourself and many bar patrons at a significant risk of substantial harm due to your reckless behavior." Wolf and Peterson both pleaded guilty to aggravated disorderly conduct and were fined $200. Their 30-day jail sentences were suspended.

Gauntner was a four-year veteran of the Euclid Police Department once honored for saving the life of a man shot 16 times. He is a U.S. Marine Corps veteran who served two tours in Afghanistan. Gauntner previously was convicted of a crime involving a gun in 2015. He pleaded guilty to discharging a firearm in an incident that happened Thanksgiving at Sims Park in Euclid.

In that case, he told investigators he was dealing with the death of a family member the park and fired shots from two guns into Lake Erie. A Euclid Municipal Court judge ordered him to pay a $235 fine and to attend counseling in that incident. Euclid police suspended him for 90 days.