Vancouver, B.C. (January 16, 2019) BTN – A key government witness at the trial of Mexican Sinaloa cartel leader Joaquin “El Chapo” Guzman testified in New York this week that he met with Canadian Hells Angels on behalf of the cartel to arrange the hit of a drug dealer.

The witness, Guzman’s former right-hand man Alex Cifuentes, said the hit on the dealer was never completed, according to the New York Times and other media outlets covering the trial. Cifuentes, a Colombian, provided no details of who in the motorcycle club he contacted. 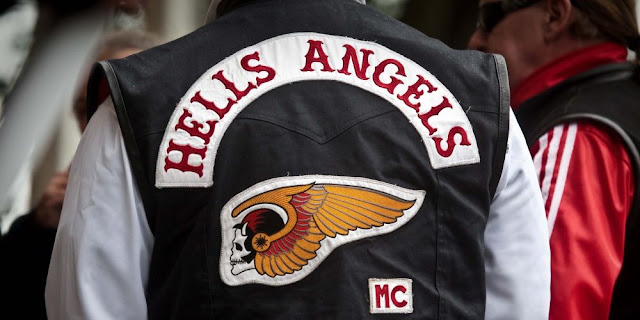 Sgt. Brenda Winpenny, of the anti-gang Combined Forces Special Enforcement Unit, said Wednesday that the testimony about a link between Canadian Hells Angels and Mexico’s Sinaloa cartel is not startling news to law enforcement.

“It is no surprise that this information is coming to light, as the arms of the Hells Angels, especially Canadian Hells Angels, are far-reaching locally, nationally, and internationally,” Winpenny said. “The scope of their criminal involvement in the drug trade and other ventures is global and, as we’ve seen time and time again, there is almost always violence associated to it.”

Hogan said Sinaloa cocaine would be moved across the Arizona border and up to the Washington-B.C. border “where the loads would be thrown on private helicopters. The birds would jump the border and drop the coke out among the tall lodgepole pines of British Columbia.” 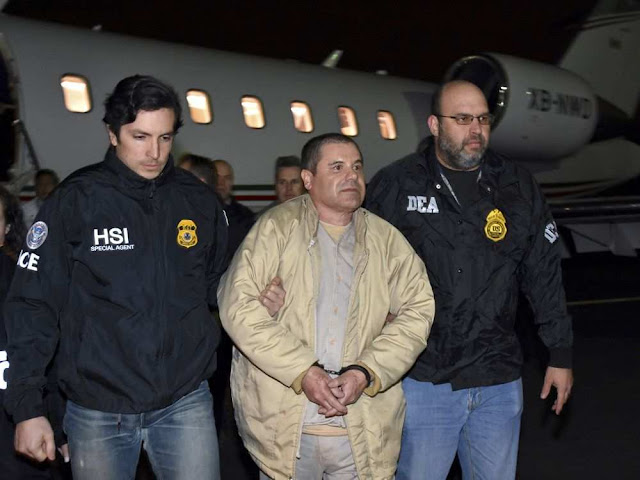 In this Jan. 19, 2017 photo, authorities escort Joaquin “El Chapo” Guzman, center, from a plane to a waiting caravan of SUVs at Long Island MacArthur Airport, in Ronkonkoma, N.Y.

“Chapo’s men had connections with sophisticated Iranian organized-crime gangs in Canada,” Hogan wrote. “A network of outlaw bikers — primarily Hells Angels — were also moving his cocaine overland and selling it to retail dealers throughout the country.”

Hogan also said he and the other officers working on the special task force to capture Guzman “were caught off guard by his deep infiltration of Canada.”

He noted that Guzman had a young Sinaloa man set up as a college student in Vancouver in about 2009 “to run his drug distribution and money collection throughout Canada.”

The Vancouver Sun reported on some of Guzman’s cartel connections in B.C. in 2014. His cartel contacts in Metro Vancouver were dropping off hockey bags stuffed with hundreds of thousands of dollars destined for Guzman’s U.S. bank accounts.

One of the B.C. men later convicted in California in the Sinaloa case was connected to Montreal’s West End gang and some B.C. Hells Angels, according to court documents obtained at the time.

Former RCMP Supt. Pat Fogarty said Wednesday that the Hells Angels had “a continuous working relationship” with other Canadian organized crime groups and with Mexican and other cartels.

Through their connections, the groups “facilitated the transport, distribution and financial requirements for cocaine distribution in Canada,” said Fogarty, now CEO of the Fathom Research Group.

Hells Angels spokesman Rick Ciarniello did not respond to a request for a comment on the testimony at the Guzman trial.