The Georgia Bureau of Investigations’ Commercial Gambling Unit and McDonough Police, in cooperation with the Georgia Lottery Corporation and Georgia Department of Revenue, raided Motorheads, 650 Macon St., where they say cash poker tables and cash payouts on coin-operated amusement machines were going on. “There’s two separate sections of the establishment,” said GBI Special Agent in Charge Cindy Ledford, “so you have a bar, and then you have a room where you have poker, and you can come freely between the two, so it’s one establishment. They were actually in the middle of playing a poker game, so the tables were full, and then there were several people around the bar, as well.” 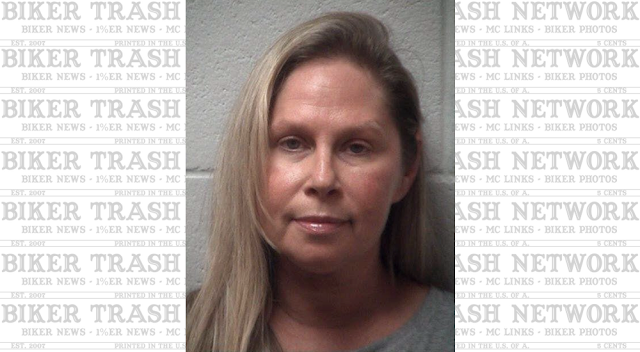 In a press release, the GBI said “undercover agents were able to participate in the games, place bets, and win cash” over the course of a year-long investigation. Agents seized evidence and cash in the raid. In Georgia, it is illegal to pay out cash instead of credits on coin-operated amusement machines. The Georgia Lottery licenses those machines. The credits can be exchanged for Georgia Lottery tickets or for store merchandise, but not for cash. Ledford estimated “40 or 50” people were in Motorheads at the time.

Those who were gambling were cited by the McDonough Police Department. McDonough Police Chief Preston Dorsey said, “The citations were issued for disorderly conduct, ‘Any person who shall assemble or congregate with others and engage in or attempt to engage in unlawful gaming.’” Dorsey added that more arrests are pending and referred further questions to the GBI.

The owner, Traci McDonald, was arrested and charged with commercial gambling. As of press time, McDonald had bonded out of the Henry County Jail. McDonald’s bar has hosted several charity events in recent years.


The Henry Herald has learned that law enforcement is investigating alleged gang activity at Motorheads.
On March 10, McDonough Police responded to a battery call about a fight at Motorheads involving several people. According to a police report, Rebecca Leigh Harrup, 42, of Locust Grove and her daughter, Kourtney Ann Adams, 25, also of Locust Grove, were at the bar to celebrate Adams’ birthday.

Harrup told police they were outside when she heard someone yell “Rachel,” which she said “was her bar name.” When she answered, she said another woman said, “I wasn’t (expletive) talking to you.” A few minutes later, according to Harrup, the same woman said, “Are you going to eat these tater tots, Rachel?” Harrup told police she jokingly said, “Hell yeah, I want some.”

Then, she told police, a woman yelled at her that she was being disrespectful and needed to leave. Harrup said that when she tried to apologize, the altercation turned physical. Harrup told police a woman slammed her against the front window. A fight ensued, with a man holding Harrup’s arms above her head and two groups of people separately jumping both her and her daughter.

Harrup told police she pulled a pocket knife in self-defense. She said a man took her knife and she took it back, then went inside the bar, where employees rendered first aid. Harrup told police she used Facebook to identify several people who she says jumped her and her daughter, and that she had contacted McDonald about security video of the incident. “Ms. Harrup advised that Ms. McDonald does have the incident recorded on the video surveillance system,” according to the police report, and that Harrup “is requesting prosecution for all involved.”

Although the case was transferred to the Criminal Investigations Division earlier this month, Maj. Kyle Helgerson told the Herald, “The fight at Motorheads earlier this this month was determined to have gang implications.” Helgerson said the case was turned over to Henry County Sheriff’s Office Gang Investigators.
Meanwhile, Motorheads’ Facebook page shows that the band The Talking Monkeys is scheduled to play at 9 p.m. Friday night, adding, “The show must go on!”