Mississauga, Canada (March 12, 2019) BTN — A full patch member of the Hells Angels motorcycle club was the victim of a fatal shooting Monday in a Mississauga plaza that sent bystanders scrambling for cover in what was described as a "chaotic scene." The shooting outside a popular gym comes amidst a massive shuffling amongst the Hells Angels in Ontario, multiple sources said. 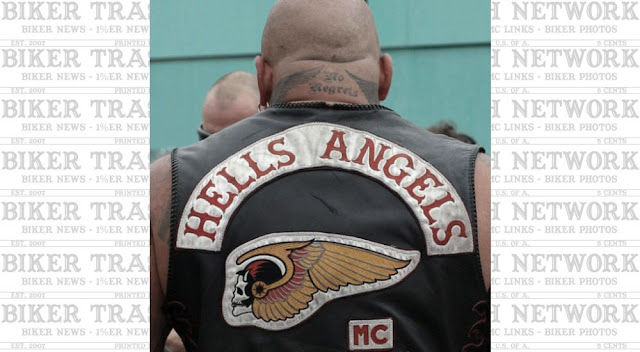 Peel Regional Police are investigating whether a burnt-out car found in the area was the shooter's getaway vehicle. A senior Hells Angels member from London, Ont., has recently moved to the Niagara Region to bolster the club there while Keswick-area Hells Angels have moved to Ottawa, multiple sources said.

Peel Region paramedics and heavily-armed tactical officers with police dogs responded to gunfire at 700 Dundas St. E. near Cawthra Rd., just before 11:20 a.m. on Monday A 32-year-old man was rushed to a trauma centre with life-threatening injuries, according to Peel paramedics. Police said he died in hospital. His name has not yet been released. "It's a chaotic scene and we're just waiting in the car," tweeted Joyce Clarissa, who was visiting St. John the Baptist Anglican Church across the street. Clarissa said she saw at least two people running into their vehicles as police were responding to the scene. "They're taping off the whole plaza," she said.


The plaza houses Huf Gym, the Floor Shop and other businesses. The shooting occurred near the gym. Olga Rosa Heron, who owns the gym, said the victim ran into her facility for help after he was shot. Huf Gym employees "helped him out and hopefully they can be an asset to the investigation as well," she said. Peel Const. Iryna Yashnyk said police were investigating a scene near the Bank of Montreal at Dundas St. E. and Tomken Rd., in relation to the shooting. "As far as suspect information, we know that there was one male running east on Dundas towards, which we now know is what we believe is a second associated scene," Const. Bancroft Wright told reporters.

The elite Hells Angels Nomads chapter returned to the Ottawa area this year, three years after the chapter was abruptly dismantled. The Nomads are considered an elite group who require little direction. The Ontario Nomads had run into conflict with Quebec Hells Angels, sources said. The Hells Angels have about 175 Ontario members and 450 members across Canada.