Dayton, Ohio, USA (March 15, 2019) BTN — Harry Joseph "Taco" Bowman, the former president of the Outlaw Motorcycle Club who was on the FBI's top ten most wanted fugitive's list, will have his funeral on Saturday at the Montgomery County Fairgrounds. Bowman's funeral is scheduled for 10:30 a.m. 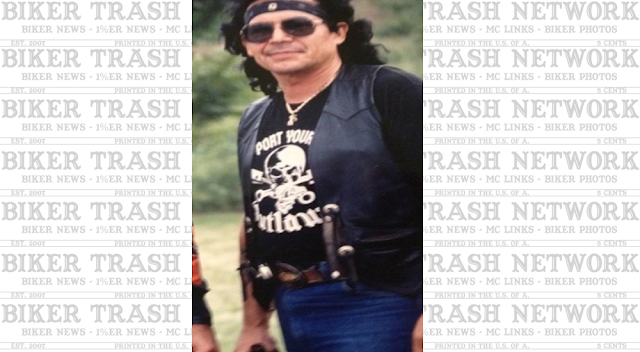 A procession from the fairgrounds to Bear Creek Cemetery on North Union Road in Madison Twp. will begin at 12 p.m. Sheriff's Deputies will be shutting down North Union Road to Hoover Avenue in Trotwood for the funeral. Additionally, deputies will also partially close down Infirmary Road from the Montgomery County fairgrounds to SR-35 for the procession.

Montgomery County Sheriff Rob Streck said officers are not expecting any safety issues but given the size of the crowd and the reputation of the group, they do have contingency plans in place. "There's always concerns when you have get large groups of people who have been known to be violent. They do not try to hide that fact," Streck said. "(But) We don't have any chatter of suspected violence, we don't have any indications that other clubs are going to try and cause trouble at the event."

Bowman, who was serviving a life sentence in federal prison, died on Sunday at the Federal Medical Center in North Carolina. He was 69 years old. According to the Detroit News, Bowman was considered one of the most infamous motorcycle club leaders in U.S. history. The Outlaws were rivals to the Hell's Angels.


Bowman was placed on the FBI's Most Wanted List in 1998, interrupting what had been a relatively low profile kept by Bowman while serving as leader of the Outlaws. In 2001, he was convicted in a Federal court in Florida of the murders of several rival club members, firebombings, racketeering and conspiracy among other charges.

He was sentenced to two life sentences plus 83 years. Bowman had a long-running feud with Hell's Angels leader Sonny Barger over which club was superior. Several members of the Outlaws were previously interned at Bear Creek Cemetery.