Kansas City, Missouri (March 15, 2019) BTN — Three men have been sentenced in federal court this week for their roles in a drug-trafficking conspiracy that led to the kidnap and torture of an Independence man almost three years ago. Randal Holmes of Kansas City, also known as “Peckerwood” or “Wood,” Michael Borrusch of Lakewood, Colorado, also known as “Birdie” were sentenced Thursday during separate appearances in federal court in Kansas City. 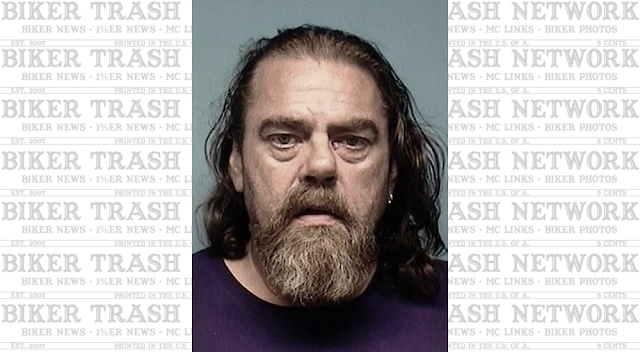 Holmes, 54, was sentenced to 15 years in federal prison without parole. Borrusch was sentenced to three years and 10 months. Jeremy Bond, 40, of Independence, was sentenced Wednesday to two years and six months in federal prison without parole. In July, Holmes pleaded guilty to one count each of conspiracy to commit kidnapping, kidnapping, conspiracy to distribute 50 kilograms or more of marijuana and brandishing firearms in furtherance of a drug-trafficking crime.

This particular drug trafficking lasted from May into September 2016, according to court documents. Bond invested $10,000, receiving $1,000 a week in return and free marijuana until the investment was repaid in full. The investment allowed Gerald Holmes and the eventual kidnapping victim to purchase greater quantities of marijuana in Colorado and then resell it in the Kansas City area. Conspirators bought at least 120 pounds of marijuana from Borrusch in Colorado, paying between $1,600 and $2,400 per pound. Randal Holmes received $100 for each pound brought back to Kansas city because of his prior connection to Borrusch. According to court documents from the state charges that preceded the federal ones, the kidnapping victim had made several drug runs for the motorcycle club. 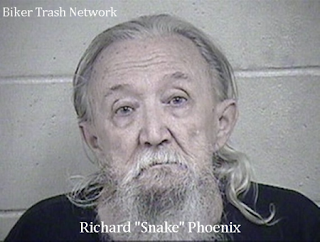 But in September 2016, Gerald and Randal Holmes kidnapped him because he had taken the latest bunch of cash and the car given to him, had parked the car at Kansas City International Airport and had flown to Denver and then Las Vegas, where he spent the money.

The Holmes pair kidnapped the victim by going to his father’s house and having him call his son and tell him he was being held a gunpoint and needed to come to the house right away.


When the victim arrived, they pointed a gun at him, told him to get in the vehicle and then drove away to another conspirator’s house, beating him up along the way.

Phoenix met them at the house, and the victim was taken to a basement and beaten with fists and a ballpeen hammer. The men also threatened to cut off his fingers and toes using tin snips, demanding to know where a duffel bag of money was, and according to state documents gave him methamphetamine when we went unconscious so he could wake up and be beaten again. Phoenix then held the victim at gunpoint until the Holmes pair returned. The father and son then drove the victim to a home in rural Benton County, reportedly owned by a member of a support motorcycle club, where he was beaten again.

They then told the victim to call his father and tell him he was OK, had taken a beating that he deserved and would be home in a couple days. Law-enforcement officials traced the phone call and found the victim the day after the kidnapping took place. They saw his face was swollen and bloodied, and he also had injuries to his head, hands and feet, including a fractured hand, and had trouble walking. Officers found a pistol in Randal Holmes’ vehicle and another one in the house where the victim was held. They also found five guns, 36 grams of pot and drug paraphernalia in another residence.