Lexington, South Carolina (March 5, 2019) BTN — Thomas “Grub” Freeland, Jr., a founder of the Warlocks Motorcycle Club as died. Freeland was born in Graceville, Florida in 1948. Shortly thereafter his family moved to Lockhart, Florida. From that point on he would say "I am just a little boy from Lockhard, Florida". He attended Lockhart Elementary and Junior High School. He was a junior fireman for Lockhart's Volunteer Fire Department. 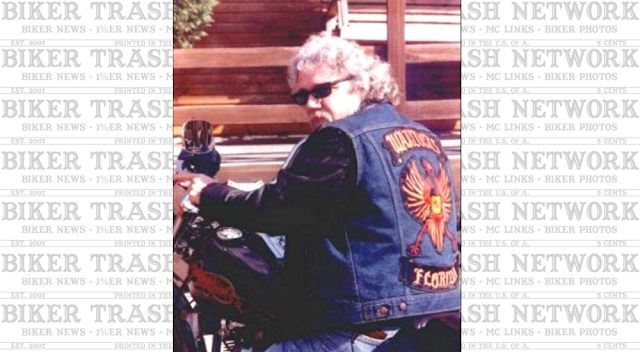 His school days ended at Maynerd Evans High School when he decided to go see what else life had to offer. He joined the Navy at 17. He spent 29 months on the USS Shangri-La where he was a ship fitter. His second Med cruise was cut short by orders to Vietnam. 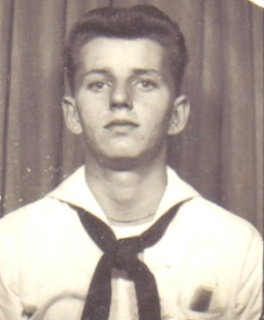 In 1968 he landed in Saigon and reported onboard the USS Tutillia which was stationed in the Republic of South Vietnam. His 9 months in-country was served working on river water patrol boats as part of The Brown Water Navy.

By the time he got home he had been to 27 countries, fought a war and went 3/4 of the way around the world. While serving on the USS Shangri-La he became one of the original 13 members of the Warlocks Motorcycle Club.

When his tour in Vietnam was over he went home and started the Lockhart chapter of the Warlocks. It became known as The Mother Chapter.

Over 50+ years later the Warlocks MC has become international and is known the world over. His brothers in the club gave him the name Grub. He enjoyed cooking and they were relieved they didn't have to. Grub was always spelled with one "b".

He was quick to point this out and did not tolerate any other nicknames or assumptions. It was Grub because he cooked and it was spelled with one B- period. Got that! During his life Grub owned and rode over 30 Harley Davidson's. 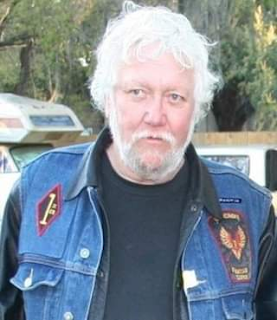 His love for Harley's which he called Davidsons never ended. He was also known to call them "The Big Iron". He was often heard saying, "Let's put the Big Iron in the wind." He took his own advice and rode to damn near every state with his club's Bird on his back.

While not a fan of organized religion he did believe in a higher power. His belief led to his love for his wife, family, club and country.

He was very proud to have all of these in his life. He spent a major part of his life enjoying hunting and fishing. Later in life he said he head earned the right to only hunt at Publix and fish at Red Lobster.

While he was always an old Lockhart country boy at heart, once he had all he could take of Mickey Mouse his father's home state became his own. But even before that South Carolina was always a big part of his life.

He truly believed he was blessed to experience a life which many do not get the opportunity to.

He is survived by his wife, Cindy Freeland; a son, Thomas Morton Freeland III (Trey); and a grandson. His sister, Fran (David) Strawn and brother, Mike (Cathy) Freeland and numerous nieces and nephews. Lastly he will always be survived by his huge Warlock family.

He is predeceased by his father Tom, mother Jimmie and sister Beth. Grub now rides with his Warlock Brothers in the final chapter. Family will receive friends Saturday, March 23rd 2019 at Thompson Funeral Home of Lexington from 10:00 am to noon with ride to follow to graveside services at Plum Branch Baptist Church Cemetery in Plum Branch, SC.