Sydney, Australia (March 3, 2019) BTN — ACT police have set their sights on the one commodity bikie clubs could not operate without — a steady stream of new members. Senior officers said after years chasing the drugs, money and leadership figures within motorcycle clubs, it was time for a change in tack. While those areas would still be a priority, Detective Superintendent Scott Moller said ACT Policing was stepping up their efforts to work with young, vulnerable men targeted as potential motorcycle club recruits. 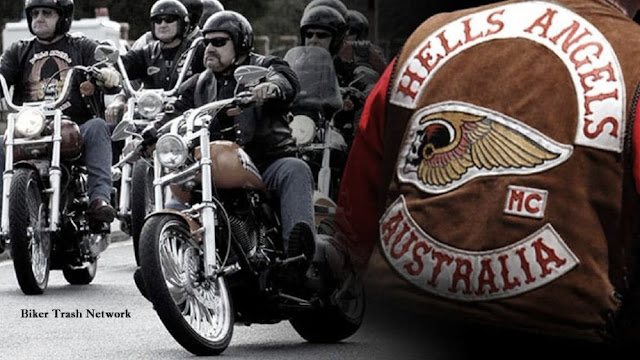 Superintendent Moller said one of the great frustrations for police was motorcycle club members convincing young people that the club could improve their life — offering fast money, friendships and a culture that would rally around them and protect them.

He said part of police's efforts would be to shatter that bikie club image, and expose the "false promises" made to young men putting on club colours for the first time. "That's where a big part of this battle will be won," Superintendent Moller said. "Really showing the true elements of outlaw motorcycle gang life, and how people get used."

Superintendent Moller said the club members police most often interacted with were the newest, who were pushed into the highest-risk and most dangerous tasks. He said the rewards offered in organised crime for that kind of work simply were not worth the risks taken. "You've got these young people making really poor decisions with their life, and being used by significant organised crime figures," he said.

"The front line in the new battle between police and bikie clubs was not in clubhouses, but in high schools."


ACT police and other youth services said the clearest signs of trouble could be seen at school — particularly young people struggling in class, running into trouble or simply not turning up at all. Police rely heavily on services like the PCYC and Menslink to work with teenagers at risk of falling into a spiral of homelessness, substance abuse and crime, and becoming easy targets as potential gang recruits.

"The biggest problem we see is when young people start disengaging from education, and start mixing with people that are probably less desirable to be around," Cheryl O'Donnell from Canberra's PCYC said. PCYC runs 20-week "intensive diversionary programs" for teenagers referred to them by police, schools or the judicial system. The programs focused on steering kids away from crime and substance abuse, and putting them back into either education or employment. 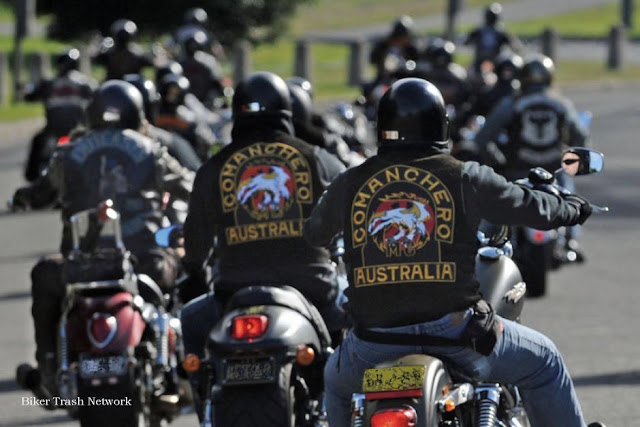 Young men craving a connection Canberra-based youth service Menslink operates in a similar space, targeting young men they identified as lacking social connection and role models. Peter Davis from Menslink said when young men did not have figures to look up to, bikies and other crime figures were happy to fill that void. "A lot of the time it's not money and prestige [young men] are looking for, it's the connection," he said. "So if they can get that connection here, they don't need that connection on the wrong side."

Mr Davis said senior bikies were just exploiting some of society's most vulnerable young people. "They're making a lot of money using young guys to do the hard work for them. That's part of the message that we're trying to get across," he said. Superintendent Moller said going after the young people that wound up filling the junior ranks of gangs was a strategy with plenty of promise. "What we need to do now is restrict the recruitment," he said. "That's something that ACT Policing is working quite hard on doing." 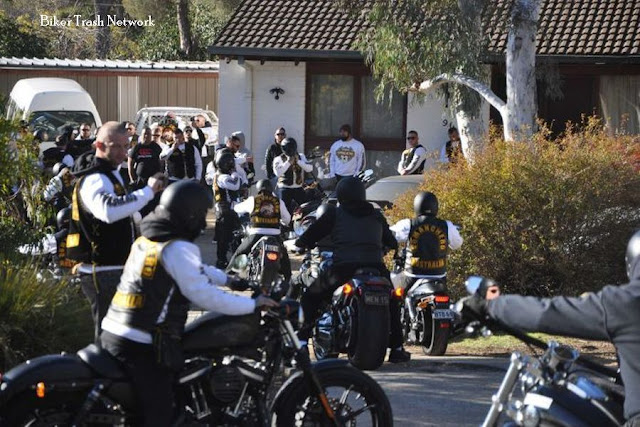 With four motorcycle clubs operating in the ACT, along with other non-bikie organised criminal networks, Superintendent Moller said the strategy was not without its challenges. But he said police were willing to invest in the idea for the long run. "We've got to really spend some effort, spend some time, working on restricting the recruitment into these criminal gangs," he said.