Mississauga, Canada (March 23, 2019) BTN — Dozens of bikers turned out on Saturday afternoon for the funeral of a Hells Angels motorcycle club member shot to death in Mississauga earlier this month. Motorcycle club members from across Ontario and as far away as Quebec and British Columbia attended a service for Michael Deabaitua-Schulde at the Vescio Funeral Home in Woodbridge. 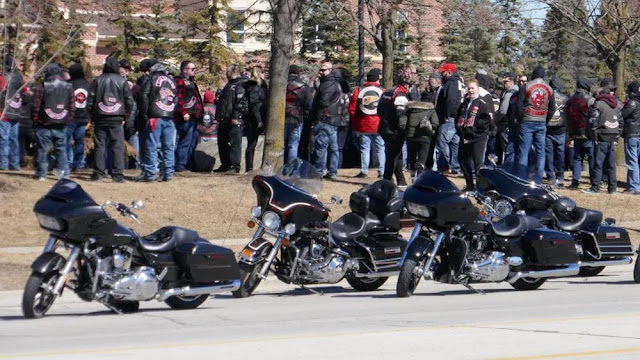 Deabaitua-Schulde, 32, was described by police as a "well-entrenched" member of the motorcycle club's Niagara chapter. He was gunned down in the parking lot of HUF Boxing Gym on March 11, in what investigators called a targeted hit. Police have arrested four men from Montreal in connection with the daylight slaying.

Many Hells Angels, along with members of allied motorcycle clubs — commonly called "support clubs" — were seen milling about outside the funeral home before the service began. There was also a heavy police presence, with officers from the OPP and York keeping a close eye on those in attendance. 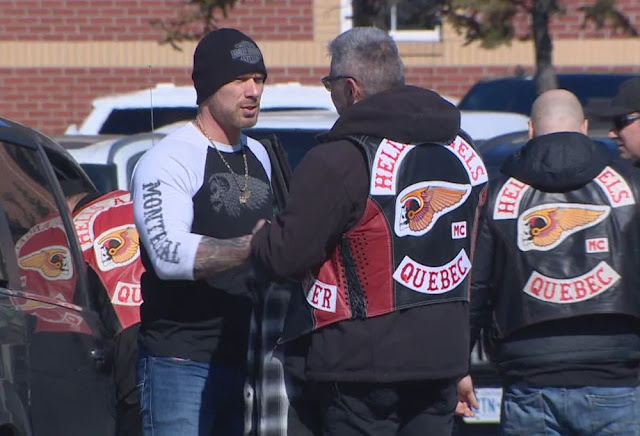 Funerals for club members often offer police a rare opportunity to keep tabs on the who's who of the motorcycle club underworld.

The Hells Angels have hundreds of members in Canada. The motorcycle club first moved into Ontario in 2000, after they emerged victorious in a war in Quebec fought against the Rock Machine MC.