Repentigny, Quebec (April 18, 2019) BTN – A police officer who was arrested along with dozens of people rounded up following a major drug trafficking investigation into the Hells Angels has been granted parole on the 18-month sentence he received in January.

Carl Ranger, a member of the Repentigny police when he was arrested in Project Objection last year, quit the police force shortly after he was charged. He admitted that in 2017 he approached an undercover agent who was involved in Project Objection and asked him for a $6,000 loan, and then broke the law to get it. 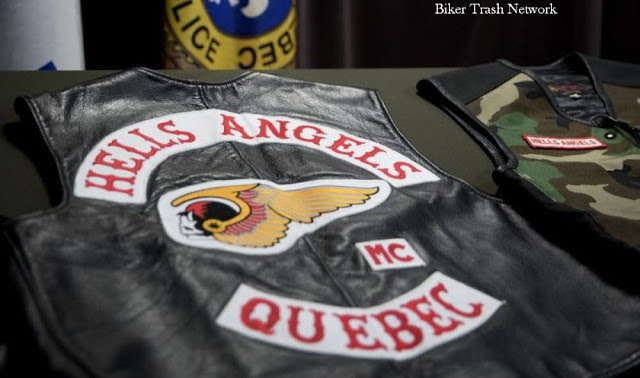 When Ranger pleaded guilty in October, no evidence presented in court suggested that what he agreed to had anything to do with the Hells Angels. Several full-patch members of the motorcycle club have been arrested since April last year, when the first series of arrests were carried out. Some have since pleaded guilty to running drug trafficking networks in different parts of the province.

According to a written copy of the decision made by the Commission québécoise des libérations conditionnelles on Monday, Ranger said his career as a police officer spiralled after he discovered the body of a woman who had been murdered in 2008. He said he slipped into a depression following the gruesome discovery and he received minimal support from the police force. He said he drank more and fell into financial trouble after he took a leave of absence to deal with his depression.

Ranger was eligible for parole after having served one-sixth of his sentence.