Toronto, ON (April 28, 2019) BTN — There was cake, hockey on TV and no reports of arrests at a party in Woodbridge on Saturday night to welcome Prince Edward Island bikers into the Hells Angels Motorcycle Club. The Charlotteown bikers were given their winged skulls patches at the party, announcing full membership into the motorcycle club, which now has 467 charters in 58 countries.

The addition of the new Maritime charter comes as Quebec Hells Angels have re-rebounded on the streets in Quebec and Ontario after dozens of members were imprisoned in the early 2000's. Quebec police hit the club with a string of massive operations targeting drug trafficking and marijuana production in the 2000's that seriously hobbled the club. 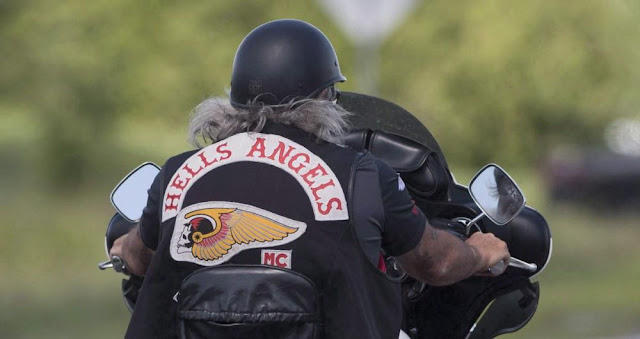 In 2009, there were just eight members in good standing in Quebec on the streets and another four junior members, LaPresse newspaper reported. The rest of the club’s members were in prison, dead or fugitives.

There are five charters in Quebec, 10 in B.C., 6 in Alberta, 2 each in Saskatchewan and Manitoba, 17 in Ontario and one in New Brunswick, according to the club’s website.

Prince Edward Island bikers began wearing patches with “Woodbridge” on them two years ago, announcing their connection to the Ontario bikers.

At that point, they were considered a “hangaround” charter but they have now grown into a full charter of the international club. Only bikers who have been voted into the club are allowed to wear the club’s distinctive wings skull patch. The Hells Angels were driven out of the Maritimes in 2001, when police shut down the Halifax charter.

During that police operation, four of the club’s seven Halifax members went to prison and authorities seized the clubhouse. The Woodbridge charter of the Hells Angels played host last month to more that 350 bikers from across Canada and at least one from the Dominican Republic at the funeral of murdered Mississauga Hells Angel Michael (Diaz) Deabaitua-Schulde.