McHenry County, Illinois, USA (April 22, 2019) BTN — Gary Gauger awoke early the morning of April 8, 1993, to a heavy rainfall beating on the windows of his Richmond home, dampening his plans to transplant seedlings on the family farm.

While Gauger went back to sleep, two members of the Outlaws motorcycle club made their way to the motorcycle repair shop that Gauger’s father operated in a garage near the farm. Although Outlaws members James Schneider and Randall Miller were responsible for robbing and murdering Ruth and Morrie Gauger that day, it would take law enforcement three years to come to that conclusion. 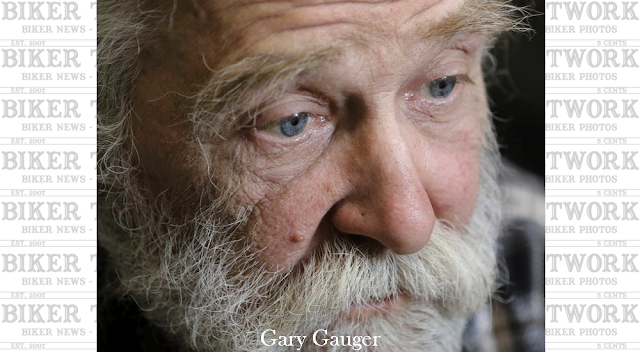 In the meantime, Gary Gauger was pinned for his parents’ murders and sentenced to death by lethal injection. After serving 3½ years in prison and nine months on death row, his conviction was overturned in 1996.

Gauger was aided in his appeal process by Northwestern University Law Professor Lawrence Marshall, who founded the Center on Wrongful Convictions. “The police get a theory on what happened and they don’t seem to care if it doesn’t match the facts,” Gauger said. “They just work on their theory.”


Today Gauger, 65, lives on a farm just yards away from the site of his parents’ murder. He leads a quiet, secluded life with his wife, Sue Reckenthaler, and their dog, Diego. “This is my home,” Gauger said Wednesday. “I’m not going to let those guys run me out of my home.”

Gauger’s case is one of two in McHenry County in which perjury or false accusations, official misconduct, and false confessions have led to convictions and subsequent exonerations since 1989, according to the National Registry of Exonerations.

Mario Casciaro was convicted in March 2013 of killing Johnsburg teen Brian Carrick. He served 22 months in the Menard Correctional Center on a 26-year sentence before the Second District Appellate Court overturned his conviction in September 2015. 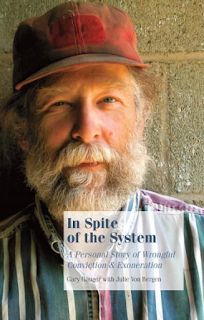 Although he doesn’t feel McHenry County is “progressive enough” for its own integrity unit, the area would benefit from a statewide effort, he said. “McHenry County specifically is probably a little bit too small right now, but in the future, if there’s continued growth in the population, I imagine there should be an independent conviction investigation unit,” Casciaro said.

Illinois has a history of wrongful convictions. Former Gov. George Ryan labeled the state’s system of capital punishment “haunted by the demon of error” when he halted executions in 2000.

The Illinois Second District Appellate Court, which includes McHenry County, saw 445 criminal appeals in 2017, according to the Administrative Office of Illinois Courts. Of those, 393 cases were disposed.

In Cook County, where former state’s attorney Anita Alvarez created a Chicago-based conviction integrity unit in 2012, the office receives about 150 applications annually from those convicted of felonies, but many do not meet criteria for review, spokeswoman Tandra Simonton said.

Seventy convictions have been reversed since 2017, Simonton said.

A similar system in Lake County successfully helped exonerate Jason Strong, a man previously convicted of killing Carpentersville resident Mary Kate Sunderlin. “I thought, ‘Man what’s going on?’ This doesn’t happen,” Strong said. “This is like what happens only in the movies.”

For a case to be considered by Lake County’s panel, the defendant’s claim must contain new evidence that was not known at the time of trial, previously untested evidence, or some other affirmation of innocence. Strong is a proponent for the conviction integrity panel that helped exonerate him, and attributes its success to objective thinking within the Lake County State’s Attorney’s Office.

“I admire that, and I think that if you have that kind of quality in a prosecutor then you’re going to get a better integrity unit,” Strong said. Both Gauger and Casciaro generally are proponents for conviction integrity units. Gauger’s experience, however, has left him with doubts about whether McHenry County could handle a unit of its own. “How do you get politics out of McHenry County?” Gauger said. “It’s difficult.”

Casciaro has also been critical of how McHenry County prosecutors handled his case, going as far as to call State’s Attorney Patrick Kenneally “delusional.” Kenneally has stood by his office’s handling of the case, and said he’s a proponent of taking every reasonable step to prevent wrongful convictions. The state’s attorney is reserving judgment on the idea of a statewide conviction integrity, however, until he can review an actual Attorney General Office’s policy.

In an email Tuesday, Kenneally cited an analysis by University of Utah law professor Paul Cassell to emphasize his belief that people often overlook the context surrounding wrongful convictions. Cassell estimated the wrongful conviction rate in the U.S. to be between 0.016% and 0.062%, Kenneally said.

“In other words, the criminal justice system gets it right in more than 99.9% of the cases,” he said. “In a system where, in keeping with basic democratic rights, the fundamental decision-makers are ordinary, everyday and imperfect human beings, this is incredibly good.”