Quebec, Canada (April 8, 2019) BTN — A Sûreté du Québec officer has been suspended for 60 days without pay for assaulting a member of the Rock Machine Motorcycle Club while the latter was in custody in 2014.

The sanction against Bruno Landry was issued by the Quebec Police Ethics Committee last week and follows Landry’s conviction for assault in connection with the same incident in Quebec Court in 2016. However, the police officer’s guilty plea was followed by an unconditional discharge, meaning Landry would not have a criminal record. 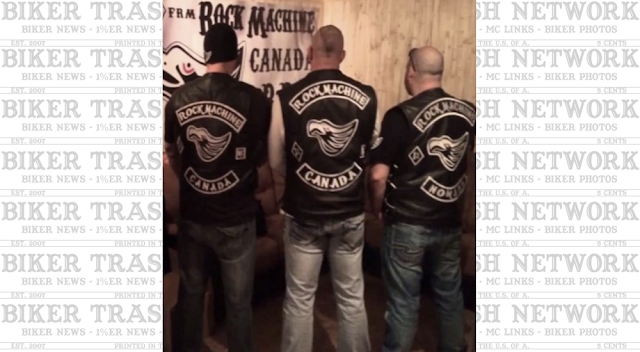 In October 2014, Landry was called in as backup in the arrest of Jean-François Émard, a member of the Rock Machine, on suspicion of possession of drugs. After Émard had been placed in a cell, Landry’s colleague asked him three times to accompany him to question the suspect. Landry finally agreed, and the officers said they were subjected to string of insults and provocations from Émard during the process.

Landry began to leave the cell but the insults continued and, finally, the officer turned around and struck the suspect. The ethics committee heard that after the fight had been broken up, Landry felt tremendous remorse and realized he had made a mistake. He was suspended from duty by the SQ days later.

Landry sought therapy to control his emotions and, during his absence from the force, went to university to study cybersecurity and did volunteer work. When he was returned to duty, Landry worked in administrative roles at the SQ’s highway patrol section.

After his guilty plea in Quebec Court, Landry had to face the SQ’s internal disciplinary committee in 2017. After hearing the facts of the case, including details of the stress that Landry was dealing with in his personal life at the time of the incident, the disciplinary committee decided Landry should be suspended for 85 days rather than dismissed from the force, as called for by the nature of the offence.

Finally, the police ethics committee heard the case and, considering a joint recommendation from the defence and the prosecution, buttressed by Landry’s reiteration of his remorse and avowals of confidence in the officer from his superiors, ruled he should be suspended for 60 days.