Evansville, Indiana, USA (April 25, 2019) BTN — A man that opened fire at the Grim Reapers MC clubhouse was sent to the hospital after the members fought him off with pool sticks. Evansville Police were called to the motorcycle club on Wednesday evening in the 1100 block of Diamond Avenue.

Cale Winternheimer, 47, reportedly drove a truck into the club’s building and came out with a gun. City police say he went into the club and began firing. The suspect is out of the hospital and now in jail.

“He had brought with him a five gallon gas can, he attempted on more than one occasion to light that on fire in front of the building,” Evansville Police Department Sgt. Jason Cullum said. 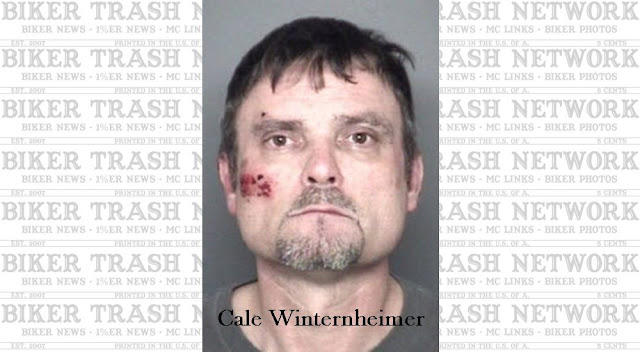 Police said after Winternheimer drove the truck into the building he tried to get away, the Grim Reapers stopped him with both gunfire and force.

“At that point several members that were inside the club came out, they discharged firearms, due to the suspects behavior that he tried to set their building on fire and was now ramming it with his truck,” explains Sgt. Cullum.


Police say no one was hit by those gunshots. Winternheimer was taken to the hospital after he was physically assaulted by pool sticks, fists and feet.

One woman who owns a business next door said she’s never had an issue like this with the club before.

At this time police don't know why Winternheimer did that.

He is facing several charges including arson and criminal recklessness while armed with a deadly weapon.