Clemson, South Carolina – (April 12, 2019) BTN – The Hells Angels Motorcycle Club is headed to Clemson. According to Clemson Police Chief Jimmy Dixon, around 750 members of the club will descend upon Tigertown as part of their annual summer rally.

Dixon said the Hells Angels were initially planning a visit back in 2017 but ultimately chose another city. Last November, he said he was contacted by the group about their upcoming summer plans. “They gave me an 11-month heads-up to start preparing for their being in Clemson” Dixon said. “These guys are not dumb. They know their reputation.” 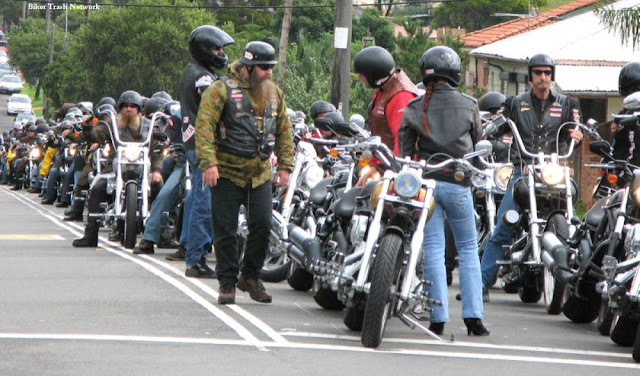 Dixon stressed that his department has been in communication with other police and sheriff’s offices that have also had the group visit their towns and cities. He believes it’s in their best interest to work with the bikers, not against them.

However, the U.S Deptartment of Justice says otherwise. According to its website, the Hells Angels Motorcycle Club is listed as an “outlaw motorcycle gang” and is involved in drugs and criminal activity.

The primary concern people in downtown Clemson had about the bikers coming to Tigertown dealt with parking. “Parking is a major problem in Clemson all the time, so this would definitely present a problem,” said downtown store worker Connie McKee. “I’m an open-minded person, and so I think everybody deserves a chance to come in and let us see. Let us experience what they’re like, and maybe we won’t want them to come back, maybe we would.”

WYFF News 4 conducted a Facebook poll to gauge community opinion on the matter. At the time this article was written, 2,500 people voted “let them come” while 380 voted “stay away.”