Manitoba, Canada (April 30, 2019) BTN — The former president of the Manitoba Hells Angels is taking the Correctional Service of Canada to court for allegedly infringing on his "right to life, liberty and security of person" when it reclassified his security threat level and moved him from a minimum-security unit to medium.

Dale Jason Sweeney, 48, is currently serving the remainder of a 10-year prison sentence at Stony Mountain Institution for his role in a cocaine trafficking ring. He was arrested in March 2012 as part of a Winnipeg police investigation dubbed Project Flatlined and later pleaded guilty to instructing someone to commit an offence for a criminal organization and possession of property obtained by crime. 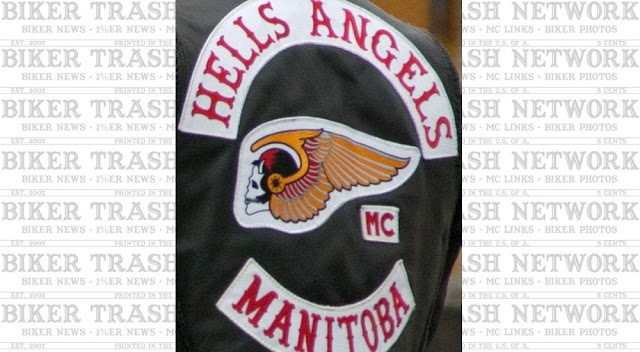 Manitoba Justice seized hundreds of thousands of dollars in property and cash from Sweeney's Autumnview Drive home, including a Harley Davidson motorcycle.

Police raided Sweeney's Autumnview Drive home in 2012 and seized a number of items, including a Harley Davidson motorcycle. Sweeney was sentenced to 10-years in prison for instructing someone to commit an offence for a criminal organization and possession of property obtained by crime.

In a March 2019 affidavit filed in the Manitoba Court of Queen's Bench, Sweeney said in the summer of 2015, while serving his sentence at Stony Mountain, the correctional service assessed him to be a minimum security risk and he was moved to a minimum-security unit of the prison.

Sweeney said he participated in offender programming and has had "no serious disciplinary offences of any kind." Despite that, in August 2018 his security threat level was increased and he was sent back to a medium security unit. 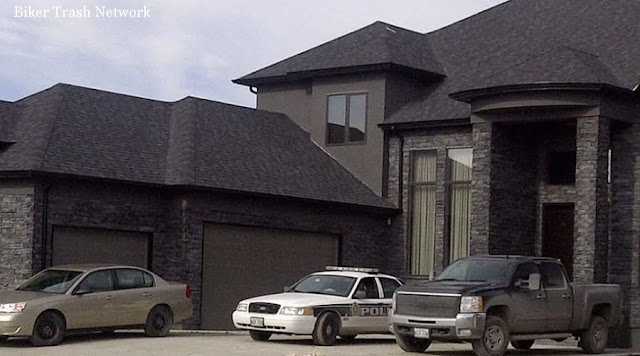 Police raided Sweeney's Autumnview Drive home in 2012 and seized a number of items, including a Harley Davidson motorcycle.

Sweeney was denied parole in 2017.

His lawyer says he is up for parole again in June. "This is the second time that this has occurred with Mr. Sweeney," said Sweeney's lawyer, StephanThliveris.

In 2017, a few months before Sweeney was to appear before the Parole Board of Canada, his security level was increased from minimum to medium and as a result, his parole was denied, said Thliveris. Sweeney will be up for parole again in a few months, and Thliveris alleges his client's security level was increased in an effort to thwart his application.

"Every time his parole comes up, all of a sudden there's these security intelligence officer reports that allege all these shenanigans, for lack of a better phrase, and they increase the security classification," said Thliveris. 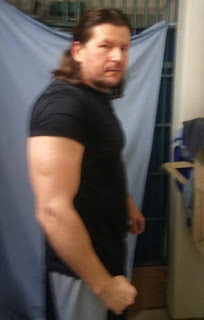 Thliveris said there is no substance to the allegations, which he said include accusations of drug trafficking. He said if the correctional service had any evidence against Sweeney, his client would have been charged under the Criminal Code, or at the very least would have faced institutional charges.

"It's our position that these are completely fabricated charges, which is done in a deliberate attempt to get as much time out of him, to make him serve as much time as possible, and really just trump any sort of chance he has before the parole board," said Thliveris.

In 2017, Sweeney filed what's called a writ of habeas corpus application to fight his security level reclassification. His lawyer said when the matter appeared before a judge, the Attorney General of Canada conceded its case and signed a consent order.

"I've been doing work with inmates for the better part of a decade now, I've never quite seen anything as egregious as this. They're really doing everything they can to hamper his ability to have a proper parole hearing and be able to present his position properly," said Thliveris.

'People get killed all the time' In January, Sweeney filed another writ of habeas corpus application.

The writ of habeas corpus is very serious, said Thlivaris. The deprivation of liberty is the moste severe punishment in Canadian society, which doesn't have the death penalty, so placing someone in an unnecessarily high security classification is "a major no no," he said.

There is a vast difference between life in a minimum-security unit versus medium security, he said. In minimum, inmates have an abundance of freedom and are able to move around the unit with ease. There is no wall or fence forcing offenders to stay to a certain area. They are even allowed to cook their own meals.

In medium security, life is a lot more dangerous and the environment is more restrictive, said Thliveris.

"You'll go to lockdown and people get killed all the time in medium security. This is often not reported in the papers, because they don't want people knowing about it," said Thliveris.

This is not the first time Sweeney has served time in prison. He was convicted of discharging a firearm with intent after a brazen 2001 daylight shootout with a rival gang member on Portage Avenue. He's also been convicted of assault, break and enter and commit mischief, attempt to obstruct justice and attempting fraud under $5,000.

According to parole board documents, despite spending the past few years in prison, Sweeney is still a member of the Hells Angels. In 2017, he told the parole board that he plans to leave the motorcycle club when his is "able to quit face to face", and that he needs to do it "with a handshake" when he is released from prison.

Sweeney's writ of habeas corpus application is scheduled to appear in court on May 13, about a month before his next parole board hearing.

If Sweeney's parole application is successful, he will be out of prison at the end of June, said Thliveris. Otherwise, he said his client is up for statutory release in December after serving two-thirds of his sentence.